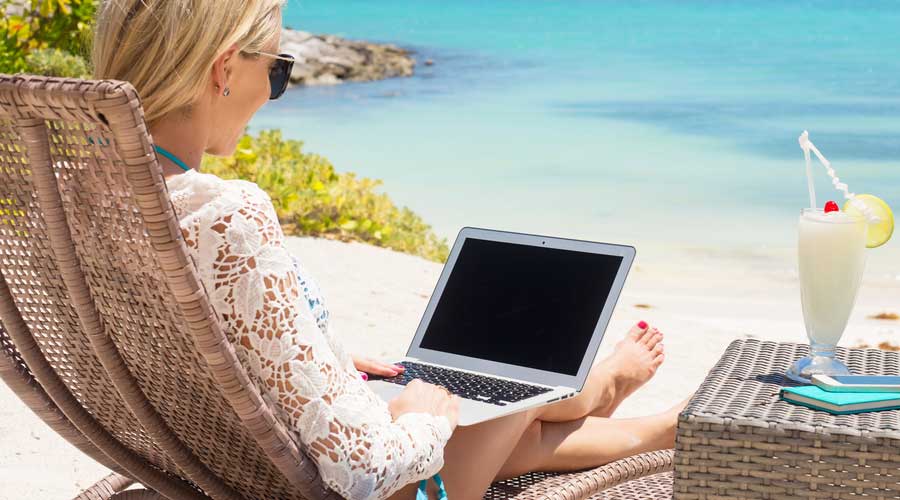 One in five ‘works on holiday’

Almost one in five holidaymakers find themselves unable to switch off from work, according to a new survey.

Some 17% of Britons admitted they checked their emails throughout their time off, while 13% said they usually spent up to five hours a day working while on holiday.

Researchers at lastminute.com estimate that workers spent an average of 20 hours logged into their emails over the Diamond Jubilee bank holiday weekend.

Almost two-thirds of people said they continued to work until the day before their getaway, while 9% worked on the day of their departure, despite being busy with last-minute preparations such as packing, buying travel money and organizing airport transfers.

When asked why they continued to work on holiday, a quarter of respondents said it was because they liked to know what was going on back home.

Another 18% said they simply carried on working automatically when they go abroad, but more than one in 10 (12%) confessed that they did not trust their colleagues to manage without them. Men were more likely to mistrust their co-workers than women, the study found.

But more than a quarter of people (26%) said they had to continue working on holiday because there was no-one to cover for them while they were away.