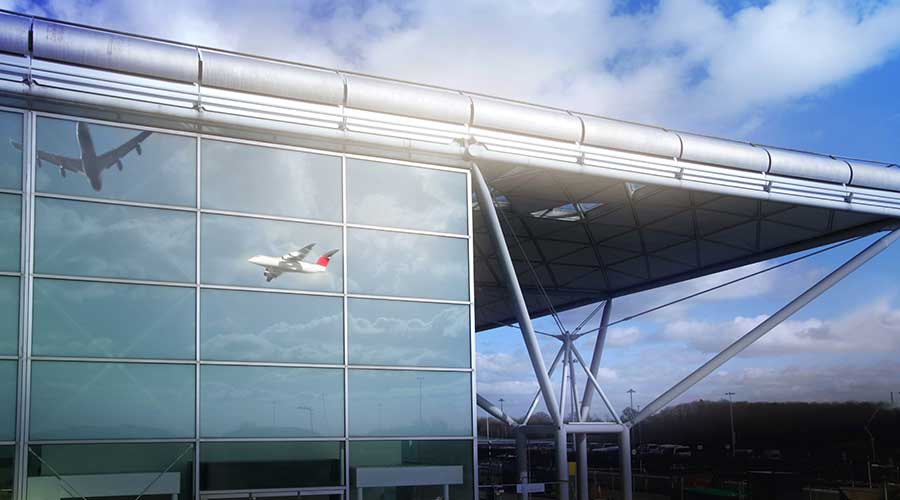 What is the cheapest way to get to Stansted from London?

You’re all set to go on holiday: you’ve booked the flights, reserved the accommodation, sorted the travel insurance and collected your spending money. You’ve already forked out so much money for your trip, yet there’s one final cost to pay that you may have forgotten – the travel to and from Stansted airport. However, this additional cost needn’t strike fear into your heart, as it doesn’t have to be expensive. It all depends what form of transport to choose to take.

Let’s take a look at your different options if you’re travelling from London.

You could, of course, choose to drive yourself to Stansted Airport, but the high car park fees might put you off. Unless you book in advance (and even then it’s not cheap), then you can expect to pay £18 a day for the privilege of parking in Stansted’s long-stay car park. It may not seem like a lot at first, but it soon adds up, especially if you’re going away for one or even two weeks. For example, a seven-day stint at £18 a day would cost you £126!

The short-stay car park is an even more expensive choice, as you can expect to pay around £140 to leave your car there for a week. Stansted’s Meet and Greet service will set you back about £273 for a holiday of the same length! Ouch.

Plus, there’s the price of petrol to consider, which we all know isn’t cheap these days. Money shouldn’t be your only concern though; if your flight is due to leave early in the morning, there’s little chance you’re going to be awake enough to drive to the airport at 3 am. In fact, doing so could prove to be quite dangerous, so it’s probably best to take another mode of transport.

Although you won’t have to drive yourself, taking a taxi can be just as expensive – if not more so – than taking your own car to Stansted Airport. A one-way journey from Old Street tube station to Stansted could set you back around £61. Even if you split that cost between a couple of other holidaymakers, it’s still a fairly pricey trip.

Yes, you guessed it; the airport’s very own Stansted Express train isn’t all that cheap either. If you’re travelling between London Liverpool Street and Stansted Airport, a standard class return ticket will set you back £33.20. The journey is even more expensive if you’re taking children, as a child’s fare will set you back £16.60. It’s not much cheaper to travel to the airport from Stratford or Tottenham Hale either, with standard adult tickets costing £32.80 and £32.00 respectively.

Although not the most expensive option, National Express coaches aren’t the cheapest either. From London Liverpool Street, one-way tickets start from £10, plus a booking fee of £1. A one-way journey from London Victoria, on the other hand, will cost you a minimum of £12. These services aren’t direct ones, either. Terravision charges a similar amount, with prices starting at £9 for a one-way journey between London Victoria and Stansted. A one-way ticket to Stansted from London Liverpool Street will cost you at least £8 and again, it’s not a direct route.

With prices starting at just £2, easyBus really is the cheapest way to get to Stansted Airport. There are two direct routes you can take from London – London City Old Street and Baker Street in the West End.

Baker Street is a popular easyBus route due to its convenient location. The station is connected to almost every tube line in the capital, so it’s easy to get to. Popular tourist attractions, such as Regent’s Park, Buckingham Palace and Bond Street are also located nearby. As it’s a direct route, the bus from Baker Street should only take around one hour and 15 minutes to reach Stansted – just enough time to plan what you’re going to do on the first few days of your holiday.

To find the easyBus stop from Baker Street Underground station, take the Marylebone exit when leaving the station. Once you’re outside, turn right and keep walking until you pass Glenworth Street. You then need to look out for a cross road; when you reach it, you’ll see bus stops S and 19 in front of you. If you’re going to Stansted, you need bus stop 19, which is right outside the Allsop Arms pub.

The Old Street station is a fairly new easyBus route and is also in a great location, right in the center of London. It’s only a short eight minute walk from Liverpool Street station too. From here, the journey to Stansted is somewhat shorter, taking approximately an hour to reach the airport. Again, it’s a direct route, so all you have to do is sit back and relax.

Finding the easyBus stop is just as straightforward. From Old Street station, exit at subway four and turn left onto Old Street. The bus stops you’ll need, F and G, will be directly in front of you; easy!

Our buses operate between 3 am and 11 pm from London, and you need to ensure you arrive at Stansted at least two hours before your flight is due to leave. Remember that if your plane is due to arrive earlier or later than expected, you can travel on any easyBus up to 60 minutes either side of your booked time – although a free seat isn’t guaranteed.